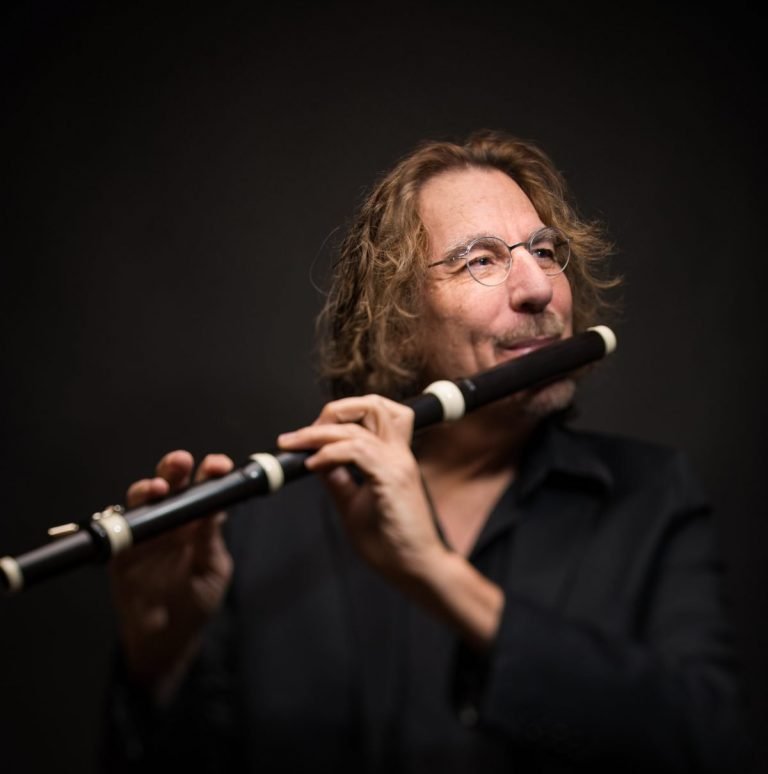 Stephen Schultz, called “among the most flawless artists on the Baroque flute” by the San Jose Mercury News and “flute extraordinaire” by the New Jersey Star-Ledger, plays solo and Principal flute with the Philharmonia Baroque Orchestra and Musica Angelica and performs with other leading Early music groups such as Tafelmusik Baroque Orchestra, Apollo’s Fire, Portland Baroque Orchestra, Wiener Akademie, and Chatham Baroque. Concert tours have taken him throughout Europe and North and South America with featured appearances at the Musikverein in Vienna, Walt Disney Concert Hall in Los Angeles, Royal Albert Hall in London, Concertgebouw in Amsterdam, Teatro Colón in Buenos Aires, Carnegie Hall, and the Library of Congress.

A graduate of the Royal Conservatory of Music in Holland, Schultz also holds several degrees from the California Institute of the Arts and the California State University of San Francisco. Currently he is an Associate Teaching Professor in Music History and Flute at Carnegie Mellon University and director of the Carnegie Mellon Baroque Orchestra. Mr. Schultz has also been a featured faculty member of the Jeanne Baxtresser International Flute Master Class at Carnegie Mellon University and has taught at the Juilliard School and the International Baroque Institute at Longy School of Music.

In 1986, Mr. Schultz founded the original instrument ensemble American Baroque. This unique group brings together some of America’s most accomplished and exciting baroque instrumentalists, with the purpose of defining a new, modern genre for historical instruments. The group’s adventurous programs combine 18th-century music with new works, composed for the group through collaborations and commissions from American composers.